skip to main | skip to sidebar

A Long Over Due Update 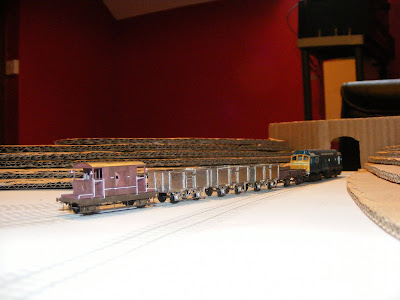 Card Formers Used in Trial
Where has the time gone? I've been putting off an update until I had completed another section, I have started a few bits and pieces though. Recently I have been; working away on my rake of TTAs, working on the goods shed, experimenting with track, making the first coal bagging hopper and designing etches. 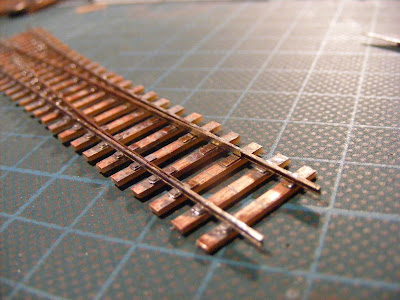 A Test Point Constructed with Etched Chairs
On the track front there has been a lot going on, mostly with tests for the 3 way point nearest the fiddle yard. Mock ups have been made using PCB sleepers and bullhead rail and all seem to work in concept. The image above shows a trial with etched chair plates, this is a great improvement and work has been put on hold until Easitrac points are available and that option also tried. 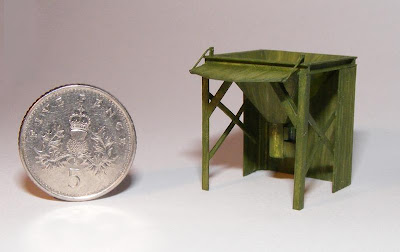 The Coal Bagging Hopper
Constructed from 5thou plasticard and mircostrip, the hopper has come out well. Etches are being drawn up to create another seven required for the layout. 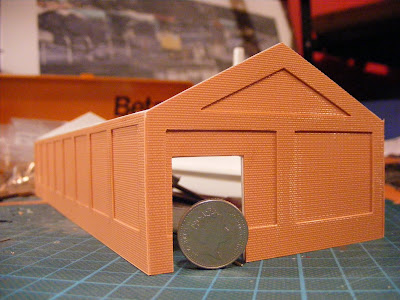 Colwyn Bay Goods Shed
As can be seen above, the goods shed is taking shape and etches have been drawn up for windows and doors. The roof has been started using ration sheets, but I'm not too happy with the overall effect.

Keep up the good work. Look forward to the next instalment

Well done so far! - As for the Ratio sheets, they normally look much better after they are painted in my experience, so don't give up on the goods shed roof just yet.